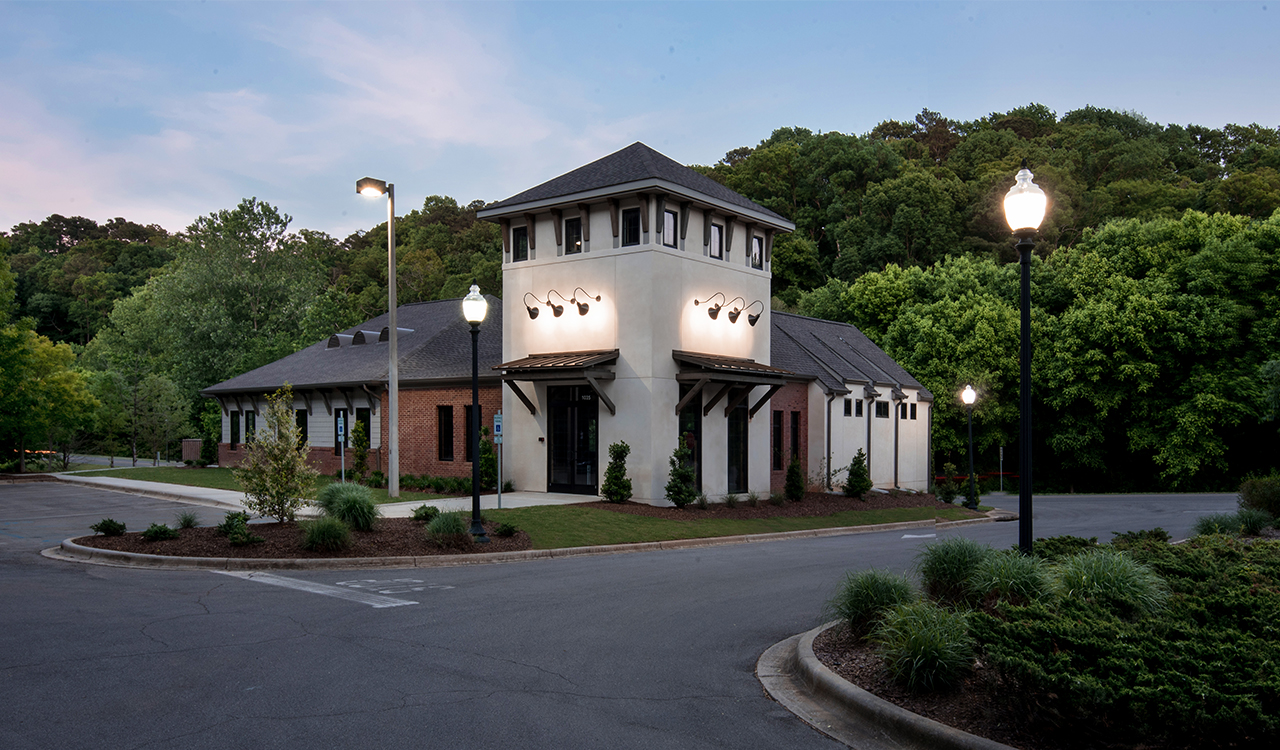 A fitness concept tailored to women is expanding with several locations planned for metro Birmingham.

The franchisee first opened a location in Hoover at 5401 Stadium Trace Parkway. Now, he is gearing up to open another this October in Homewood after signing a long-term lease for 1045 Broadway Park off Green Springs Highway.

Scott Bryant and Bubba Smith of Broadway Partners had developed the 5,000-square-foot building along with the adjacent office building and multifamily apartment complex. The development was designed by CCR Architecture & Interiors and built by Prier Construction last year. The neighboring office building recently sold to one of the tenants in a $2.1 million deal.

“We’re excited about the use of the space for the development,” Bryant said. “We started talking to them at the end of last year and due to Covid, progress slowed down with uncertainty.”

Safron said he recently sold his franchise location in Atlanta to focus on metro Birmingham. The multi-unit franchisee said he has leased space in Meadow Brook and is actively looking in Liberty Park with plans to target Mountain Brook at some point.

Safron said he liked the Homewood location with its good demographics.

“Finding 5,000 square feet in Homewood with adequate parking is a challenge,” he said. “So, the spot was really what sold us on it. It’s a beautiful building.”

Burn Boot Camp is an all-women’s gym that offers 45-minute high-intensity interval training workouts or “camps.” Sessions start as early as 5 a.m. and as late as 6:30 p.m. to end at 7:30 p.m. The fitness center features dumbbells, kettlebells, slam balls and a TRX system as well as a patented floor. The gym also offers complementary childcare and focus meetings to review goals, diet and nutritional needs.

The concept was launched by husband and wife team Devan and Morgan Kline in 2012. The company started franchising in 2015 with more than 400 locations across 38 states with a goal to open 1,000 locations in their first six years.