Why you should be watching Midtown real estate development 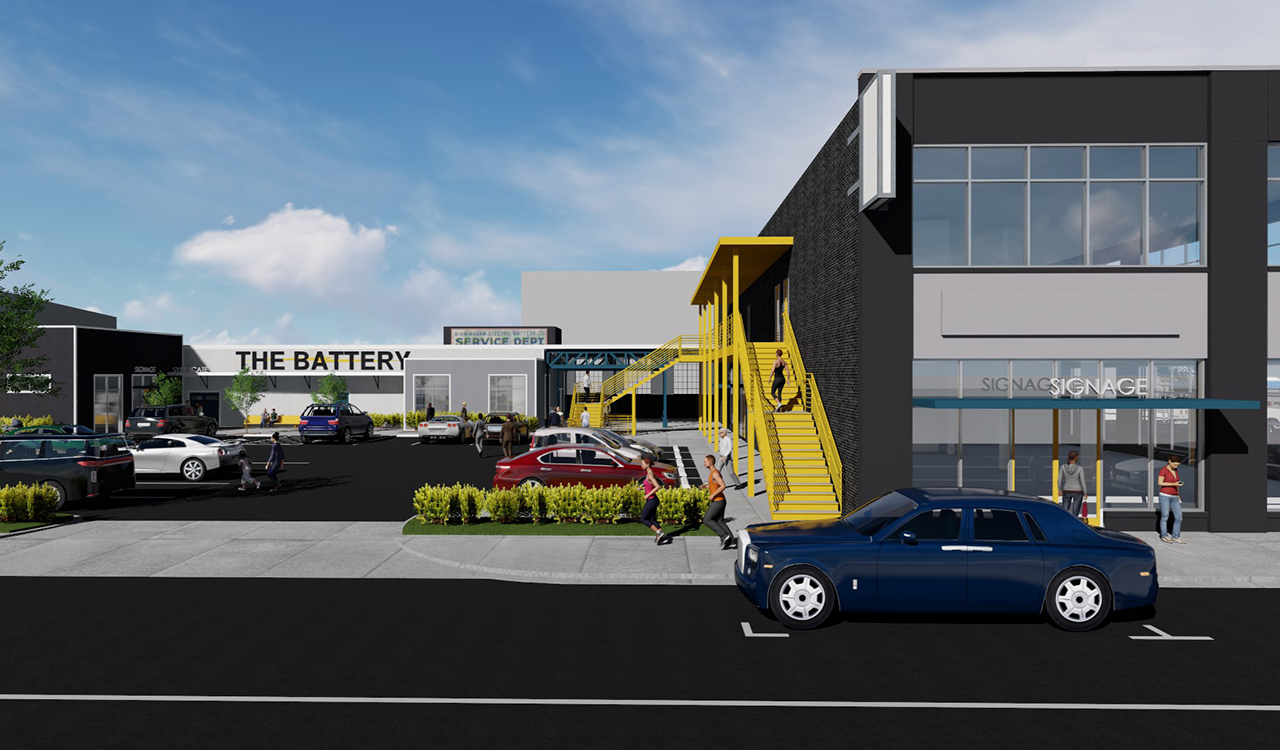 If you want to see the evolution of a burgeoning area of downtown Birmingham, take a drive along Second Avenue South.

The first tenant at a redevelopment of the former BEBCO building, now known as The Battery, is expected to open in the first week of August. The tenant, True40 Fitness Studio, is a tangible sign of new businesses adding vibrancy to the area between Rotary Trail and University Boulevard that is now commonly called Midtown.

When complete, The Battery will also include new brewery Birmingham District Brewing Co. and renowned Tennessee-based restaurant Gus’s Fried Chicken, among other tenants.

The mix of uses at the development is part of a broader trend in retail real estate to try to create an atmosphere for customers to spend longer amounts of time at a place.

“We are thrilled to have our first tenant opening at The Battery,” said project developer Ward Neely of SRS Real Estate Partners. “True40 embodies everything we were looking for in potential tenants. Their innovative approach to wellness is refreshing and they will be an excellent complement to an exciting lineup. With District Brewing opening right around the corner, this will give you multiple reasons to come to The Battery and stay around for a while.”

And The Battery is only one component of what’s happening along Second Avenue South and in Midtown at large.

Neely also recently purchased the building at 2107 Second Ave. S., which will become home to Classic 13 Tattoo Studio and another tenant.

The long-awaited third building of the 20 Midtown complex could begin to take shape soon.

Dick Schmalz, who is developing 20 Midtown along with Scott Bryant, told the BBJ they are fulfilling the objectives they need to accomplish to get mobilized on the foundations for the third building of the project within the next 30 days.

The developers have previously said the third building will be five stories and have nearly 250 apartments and retail space.

The new retail-related businesses taking spots in the area have been a mix of locally owned and more recognizable names.

Well-known brands like Pizza Hut and Chronic Tacos are taking space at a redeveloped property at the corner of Richard Arrington Jr. Boulevard South and Fifth Avenue South, and a mixed-use project on 20th Street involving LAH Real Estate and 20 Midtown’s Schmalz and Bryant could add 60 apartments and a yet-to-be-named national retailer on the ground floor.

Real estate experts have said the addition of national brands to downtown Birmingham can have the positive effect of helping draw more business and residents to the city center. But at the same time, retail brokers say local businesses are a large part of Birmingham’s revitalization, as we explored in a recent Cover Story.