You should soon see a new building rise on a block in the center of Birmingham.

The Design Review Committee this week approved plans for the third building of the 20 Midtown development, which will be located on an entire block between 20th Street and Richard Arrington Jr. Blvd., and between Second and Third Avenues South. 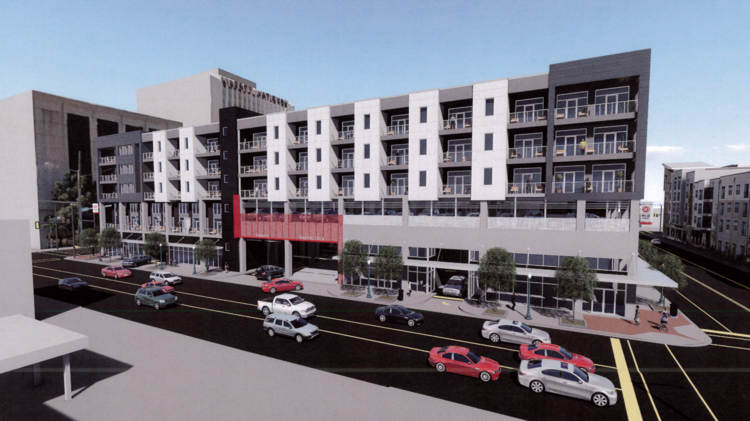 Renderings of the third building for 20 Midtown.

Developer Dick Schmalz said the DRC approved plans for the five-story building, which will include 246 apartment units as well as retail space.

Construction on the building was delayed by a number of sewer and environmental issues that Schmalz and development partner Scott Bryant have worked through. Schmalz said he expects construction will begin very soon, but declined to say a certain number of days.

Schmalz said as far as building three, they have several letters of intent for possible tenants that cannot be named yet. He said they will wait until the building starts to come out of the ground before setting the tenant line-up in stone. There has also been some interest from possible ground floor office tenants, Schmalz said.

The entire 20 Midtown project has already served as catalyst for interest in surrounding properties in the area that is often called Midtown. As we've reported, a new group announced it is exploring possibilities for the Liberty National building, which had previously been eyed by Schmalz and Bryant for inclusion in 20 Midtown.

Just east of where building three will be built, another development group is bringing a Carvana to a former warehouse, and several other plans are in the works for buildings nearby.