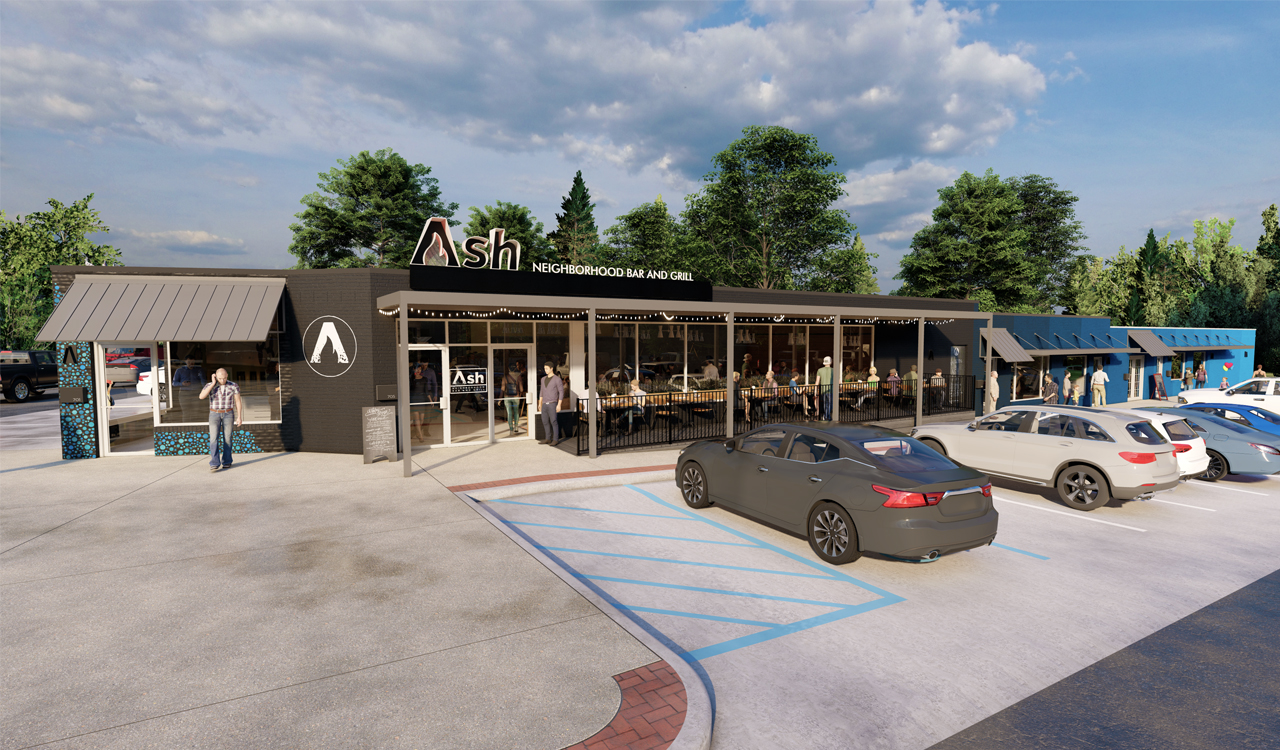 A shopping center in the growing Birmingham suburb of West Homewood is getting a new modern look.

CCR Architecture & Interiors is the designer, and Cook Construction is the general contractor.

“I think West Homewood has so much potential — we wanted to be a good steward of the property for the community,” said Derek Waltchack of Shannon Waltchack. “If you look across the country, you’ll see these small, old retail nodes springing back to life as customers crave walkability.”

The company’s affiliate, Westwood Shops LLC, had acquired the property last year, as we reported.

Originally serving as a grocery store with a lunch counter in the 1950s, the center now houses several businesses, including anchor tenant Ash.

“Ash is such a fantastic restaurant, and it fits that ‘local’ vibe that works so well in walkable communities,” Waltchack said. “Our goal for the renovation was for the appearance of the center to match the food quality found at Ash.”

The renovation scheme plays off the restaurant’s wood-fired grill with a base coat of black that builds up with different gradients of blues and other colors, Waltchack said. The renovation also will include a mural that is pending approval by the city of Homewood.

As Magic City Sweet Ice, one of the tenants at the center, closed last year, Waltchack said the hope is that the project will attract a couple new tenants that want to build on the revitalization that Ash and Pizzeria GM nearby have helped start in the area.

The neighborhood has seen more activity with townhomes by the Westwood shopping center, Little London Kitchen opening a brick-and-mortar location at the former Homewood Diner spot, and Ignite Properties renovating the 186 Building on Oxmoor Road.

This article originally appeared in the Birmingham Business Journal