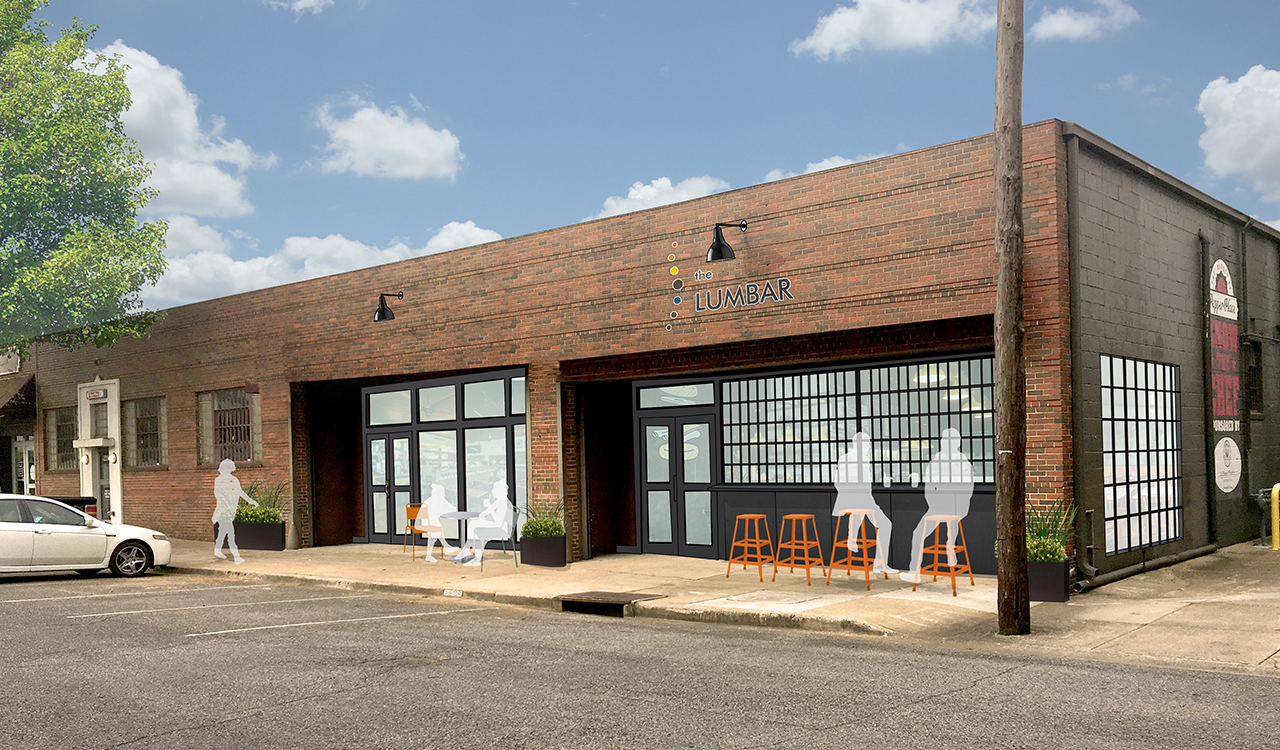 A science-themed bar and restaurant could open in Pepper Place by the end of July.

Rylie and Tim Hightower are developing Lumbar, named after the human spine, at 212 29th St. S. The father-daughter duo is originally from New Mexico, but Rylie Hightower is currently a graduate student at UAB.

Lumbar would serve as an interactive place where people of all ages could learn about science. Tim Hightower said he plans to open the restaurant early on Saturdays for the farmers' market patrons and envisions kid-friendly events during those hours. Presentations could include slime-making or learning the hitting metrics behind a baseball game.

Although Tim Hightower said he has seen other science-themed bars and restaurants across the country, he said this one will be unique because of the learning aspect.

“I have never been to a bar that is actually centered around science and the presentation of that science and how it affects everybody here on a daily basis,” he said. "There are some themed places we've found around the country, but none that actually promote the education aspect of that."

Rylie Hightower got the idea for the bar when some of the people she interacted with at UAB, such as lab groups, lab offices and principle investigator offices, expressed a need for a comfortable place to go to where they could eat, drink and have lab meetings. The restaurant will have a space for these lab meetings — tall glass walls will separate the space from the rest of the restaurant, but won’t reach to the ceiling.

This space, also known as The Incubator, will have dry erase markers so that people can write on the glass walls. Tim Hightower said patrons eating at the surrounding tables could look in the room through the glass walls and learn something new.

"Those labs that are at UAB are doing research on stuff that people don’t know about that would be great for people to know about,” he said.

The Incubator could also be used by customers seeking a quieter, more private spot when it is not being used for meetings.

Other elements of the bar will also follow the medical theme. The 26 beer taps will follow the shape of a spine. A 16-foot microscope will be the bar’s self-serve water and coffee station. The bar top will be designed to resemble a laboratory experiment bench.

The bar might also appeal to sports fans — there will be a small number of TVs and projectors to show select sports. They plan for many different seating options, including cozy couches, high-top tables, barstools and family-style farmhouse tables.

Lumbar plans to be open from 11 a.m. to 11 p.m. seven days a week, but Tim Hightower says they may stay open later, depending on the response they get.

Lunch-sized portions will be served all day. Many of the menu items will include green chiles from New Mexico, such as the Green Chile Cheese Burger and the Lumbar Chile Cheese Dog.

“We’re bringing some different food from New Mexico that people aren’t used to,” Tim Hightower said. “So we can bring something new and teach people something that they haven’t seen before.”

There also will be complimentary chips and three seasonal salsa flavors.

Because the bar is science-themed, Tim Hightower said the opening will be based on the Apollo 11 launch and landing. The shuttle launched on July 16 in 1969, so Lumbar will have a soft opening on that day. They will have a grand opening on July 20, the same day that the shuttle landed on the moon.

"Our anticipation is really growing," Tim Hightower said. "Every time I talk about it, people are like, 'I so want to go to that.' People are looking for new things to do."

This article originally published by The Birmingham Business Journal.