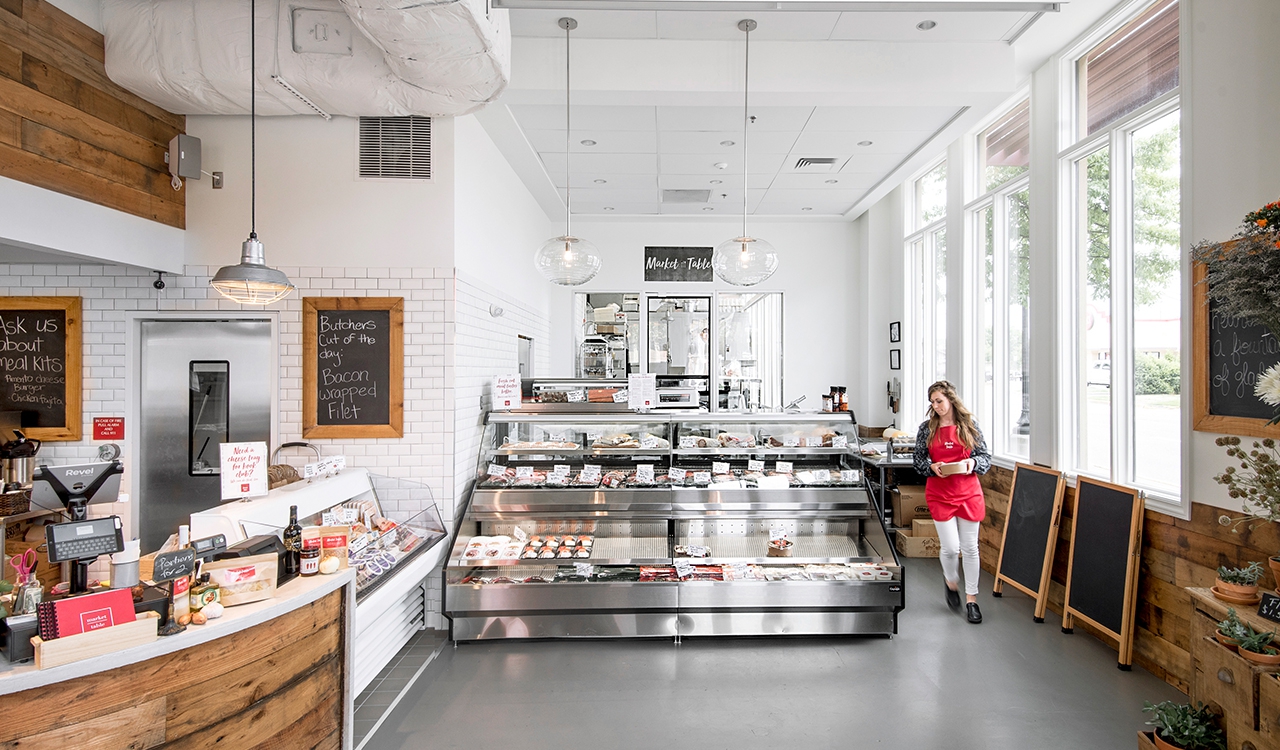 Several new Homewood dining spots are in the works or are ready to open. Check out what’s going on with these new restaurants:

This cafe and small market concept opened May 8 in SoHo in the former Which Wich? space at the corner of 29th Avenue South and 19th Place South.

The restaurant is a new concept combining a breakfast and lunch cafe with a butcher selling and preparing fresh cuts of meat as well as cheeses, pastries, prepared meals and individual ingredients such as sauces, oils, rubs and pre-portioned grains.

Laurel Mills of First Avenue Ventures said the idea of Market Table is that customers can buy the ingredients to make menu items in their own homes, as well as meal or crockpot kits and a wider selection of other meats and cheeses.

“If you love something from our cafe, you can get the ingredients in our market,” Mills said.

The meats for sale come from local farms, and Mills said Market Table is working with the Urban Food Project to supply its produce from local vendors as well.

“We like the idea that everything has a story,” she said.

Market Table includes a flower display with fresh blooms for sale, a wine selection that rotates monthly and craft beers. The cafe is open from 7 a.m. to 2 p.m. for breakfast sandwiches, croissants and bowls as well as lunch soups, salads and sandwiches. Breakfast prices range from $5 to $8, along with a la carte options, and lunch ranges from $7 to $12.

The market is open from 7 a.m. to 7 p.m., and Mills said they will still serve drinks if customers want to sit at a table or the outdoor bar and have a beer or glass of wine while waiting for their meat to be cut or steaks trimmed.

“We hope everyone loves it,” Mills said, adding their goal is for customers to “feel good about the meal you’re serving your family.”

The building that will house Soda Jerk is unusual, but restaurateur Tom Sheffer said he wants to take advantage of that in designing the new restaurant.

Soda Jerk will be on the northwest corner of Oxmoor Road and St. Charles Street in Edgewood. Sheffer said he wants to incorporate the building’s garage doors and multiple ceiling heights, as well as a small, separate building on the property, into the look of the restaurant.

Soda Jerk will serve burgers, hot dogs, grilled cheese, salads, milkshakes and bar snacks, as well as drinks. Sheffer said everything on the menu will be under $10, but the small menu has a purpose.

The restaurant will feature counter service with limited indoor seating but more outdoor seating. Sheffer is planning to remove part of the brick wall encircling the property to make access and parking easier, but part of the current lot will be devoted to green space and landscaping. That green space will not only include places to eat, but also some family-friendly games.

“I think it warms it up. I think it makes it not some expanse of asphalt,” he said.

The secondary building on the property is something Sheffer envisions as a limited beer and wine service area for customers who are dining or playing games outside.

Construction has not begun yet at the corner lot next to Patriot Park, where GianMarco’s co-owner Giani Respinto plans a pizza restaurant.

Respinto’s plan for the lot, which he bought from the city last fall, is a restaurant called Pizzeria GM featuring New York-style pizza, sandwiches, salads, small plates, desserts and draft beer and wine. Initial renderings of the restaurant showed two outdoor seating areas — one for the main restaurant and one for the bar — as well as outdoor games and 23 parking spaces.

Compared to GianMarco’s, Respinto said the restaurant would be more family-oriented and lower-priced.

Respinto said he is still finalizing plans to submit to the city for approval, but he is hoping to have Pizzeria GM open by Halloween.

In April, Mason Dixon owners Ashley and Taylor Ramirez were denied a zoning variance for their request to put their walk-in cooler outside the back of the restaurant to make more room for customer seating. The city board of zoning adjustments said the situation did not constitute a sufficient hardship and traffic in the alley behind the restaurant would pass too close to the cooler. The vote to approve their variance request failed 3-2.

At the time of the BZA meeting, Ashley Ramirez expressed concerns that there would be no way to adequately redesign the interior of the space to accommodate the cooler. However, on May 1 Taylor Ramirez said via email that they’re still planning to open in the same spot, neighboring BarTaco and Three15 fitness studio.

He said they had to rearrange some equipment and door locations at personal expense, but the end result will not impact customer experience.

An opening date for Mason Dixon, the second location for the Huntsville-based brand, has not been set.