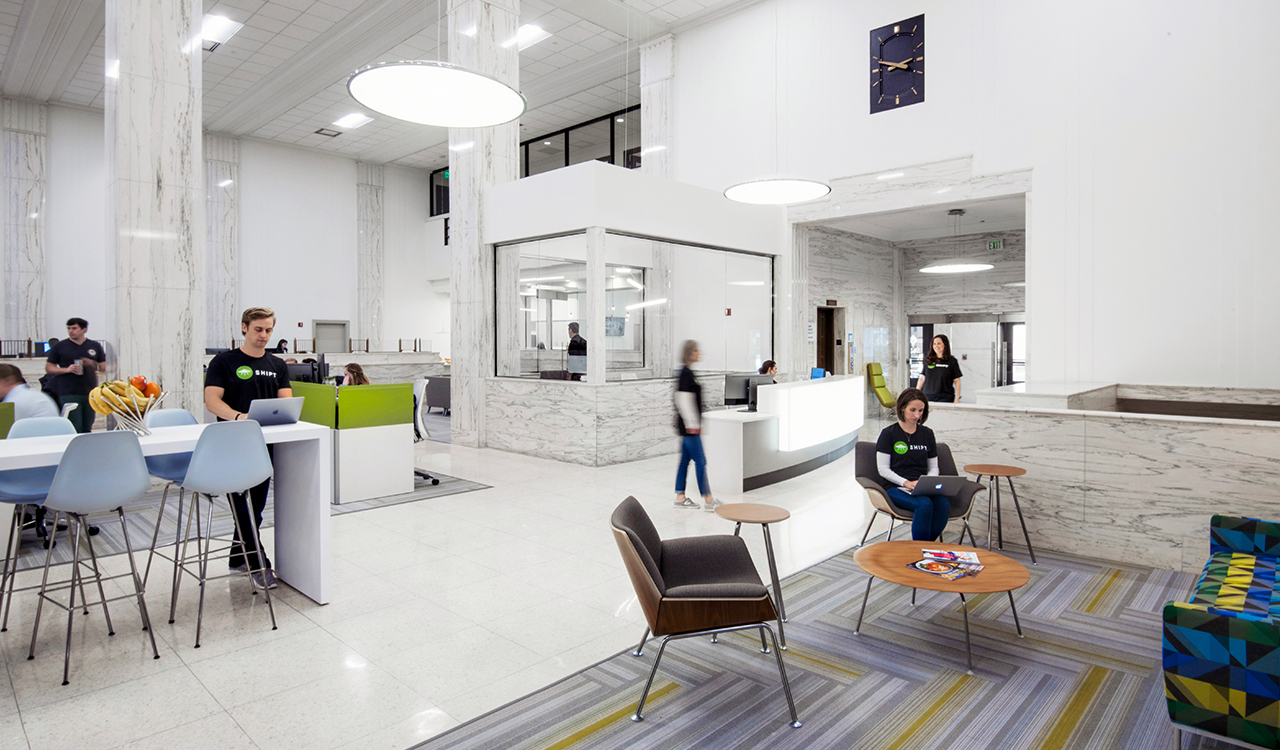 Shipt will also occupy 60,000 square feet in Birmingham’s tallest building, the 34-story Wells Fargo Tower soon to be known as Shipt Tower. Both buildings will serve as company headquarters and are within easy walking distance. Along with the completed renovation work in the John Hand Building, CCR Architecture & Interiors is constructing new floors for Shipt in the Wells Fargo Tower, says the firm’s president Tammy Cohen.

The lobby and common areas, along with the first, third and fourth floors of the John Hand Building were renovated for Shipt offices. The John Hand Building long served as financial institutions and important interior elements from its banking days were kept intact, though recladding in 2000 significantly altered its neoclassical façade. Much of the interior’s original Alabama white marble and terrazzo remain.

“White marble was mostly on the walls and the original teller line which we kept,” Cohen explains. “A few pieces were patched with some marble that had been stored in the basement. The carpet was removed from the terrazzo and the floors were cleaned and polished. We had to use carpet tiles in a few areas where the terrazzo was missing.”

The large safe deposit vault in the basement was turned into a conference room with the vault door and deposit boxes restored. The teller line remains as “a nod to the past banking hall,” adds Cohen.

A counter with stools provides alternate work space for Shipt employees who want to work away from their desks. New features also include all-glass partitions to allow light from the exterior windows to filter into the workstation areas.

In the former Wells Fargo Tower, Shipt will occupy four floors and the 10th floor is currently under renovation. Cohen notes that this additional 60,000 square feet will allow the company to meet their projected growth over the next few years. 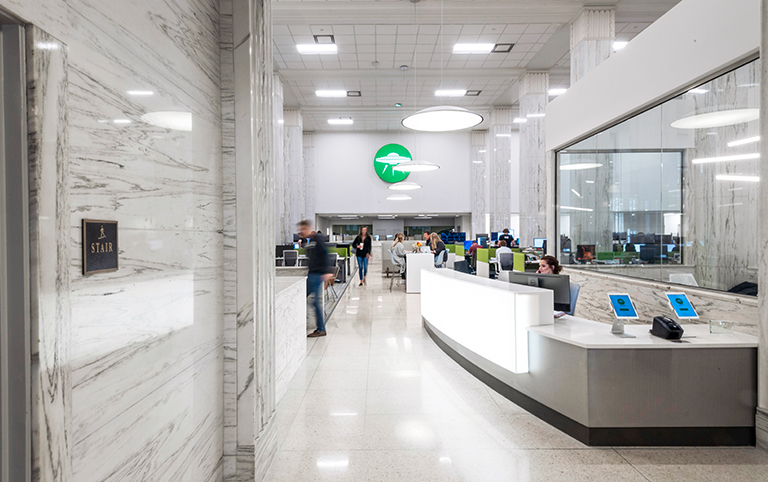 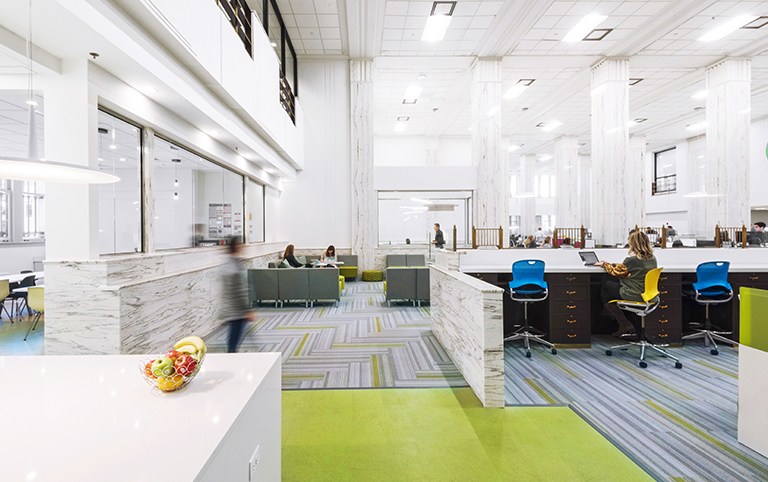 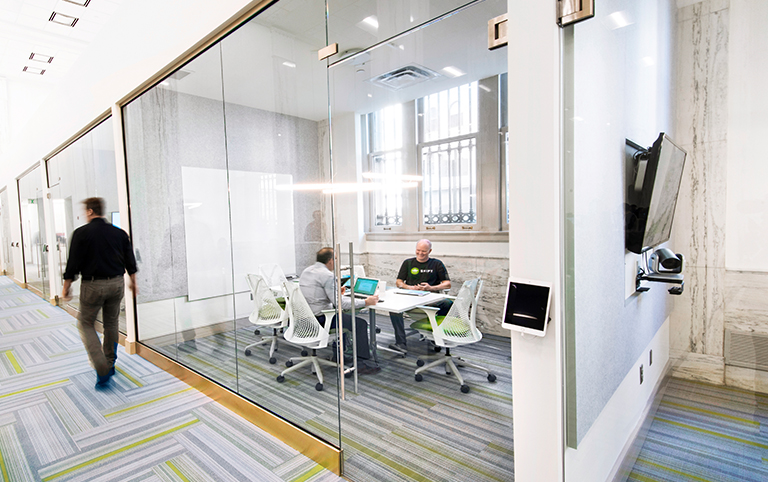 Image 1: Much of the historic John Hand Building’s interior was recently renovated for Shipt, a flourishing grocery delivery company. Shipt will occupy two downtown Birmingham buildings as its headquarters – the John Hand Building and nearby Wells Fargo Tower, soon to be renamed Shipt Tower.

Image 2: The renovated interior spaces retain some original details including Alabama white marble and terrazzo that reflects the John Hand Building’s long history as a bank. White marble was used mainly on the walls and the original teller line, which was kept.

Image 3: A long counter with brightly colored stools provide a pleasing alternate work space for Shipt employees who desire some time away from their desks.

Image 4: All-glass partitions allow light from the exterior windows to filter into the workstation areas. The John Hand Building was added to the National Register of Historic Places in 1983.