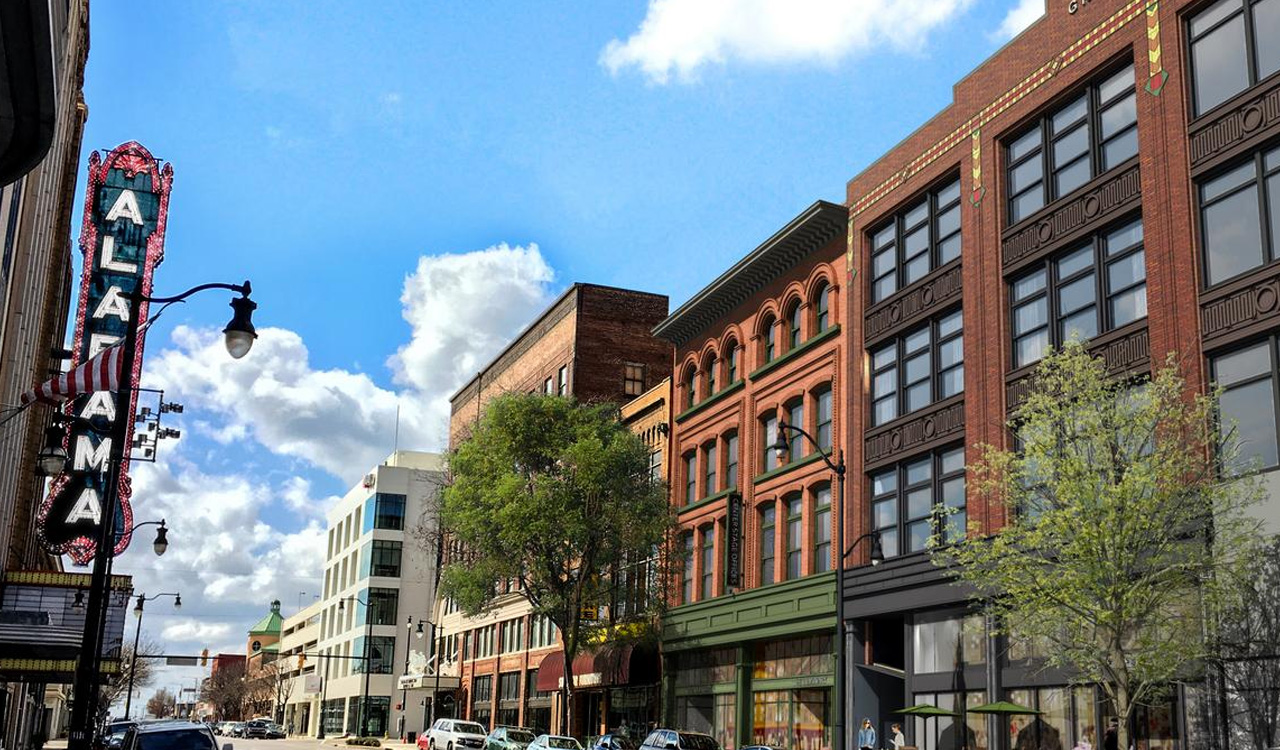 Two adjacent buildings on Third Avenue North are being redeveloped in a major project that will bring live, work and play space to downtown's Theatre District.

The western half of the Graves Building and the former Roberts & Son Printing and Binding Co. Building will be redeveloped to include loft apartments and a variety of commercial possibilities, such as a restaurant, brew pub, office or studio space.

The architect is CCR Architecture & Interiors and the general contractor is Rives Construction.

“We are excited to take these buildings that housed our family business for three generations and bring a new life to them,” said Amanda Sher Held. “We cannot wait to show off the finished product and contribute to the success of the Theatre District.”

The project will bring another active component to the Third Avenue North corridor, which has seen the new Gray Construction headquarters, the Lyric Theatre and several other redevelopment projects over the past couple of years.

The Graves Building was built in 1912 and the Roberts & Son Building in 1897. Over the years, the buildings have been home to Duke Brothers Furniture, Vaughan‐Weil Department Store, Lawrence Furniture, King Kredit, Mr. King Furniture, Epps Jewelry and AmSher.

Like many buildings of the era, they have high ceilings, exposed brick and beams, and a lot of natural light.

The two four-story buildings together consist of 56,000 square feet plus a 14,000-square-foot basement space. Information from Corporate Realty shows there are more than 50 parking spaces in a lot adjacent to the buildings. Floors one and two will contain office or other commercial space, while floors three and four will have residential units.

The east portion of the Graves Building was redeveloped in 2017 and now includes Shu Shop, Wheelhouse Salon and office space for tech firm Platypi.

Now the western side will come to life as well.

“Retail Specialists is proud to be part of a project that preserves another historic building in downtown Birmingham,” said Rodney Barstein, chief development officer for Retail Specialists. “What makes this even more special is the location in the Theatre District and across from the McWane Science Center. This redevelopment will further help revitalize the entire block and enhance the theatre going experience for the tens of thousands of patrons each year.”

The Lyric Theatre is nearby and the Alabama Theatre is directly across the street from the new project.

Redevelopment plans call for 15 high-end living units consisting of one and two bedrooms.

“Arlington is looking forward to working with the development team on the lease up and management of this distinctive property,” said Tammy Wyble, President, Property Management for Arlington Properties. “The attractiveness of the location and historic architecture, combined with sleek modern loft apartments, will be very compelling to those desiring to live in the city‐center.”

Plans call for restoring the building’s original light wells and oversized windows and architectural lines to create modern and sophisticated units in the historic shell.

As far as commercial space, the development team said it is in the beginning stages of the project and is willing to work with potential tenants through the layout and design phases. Spaces range from 2,365 square feet to 27,000 square feet.

“Being flanked by Birmingham’s landmark theaters, in the city’s entertainment and cultural epicenter, allows for a rich and creative environment for potential tenants,” said Emily Byrd. “I imagine a unique restaurant and private gallery on the street level to play off the arts, with a hidden ‘speakeasy’ entered only through the rear alley. The second floor would be perfect for an office user who appreciates the historic character throughout.”

The project has an estimated completion of summer 2019.