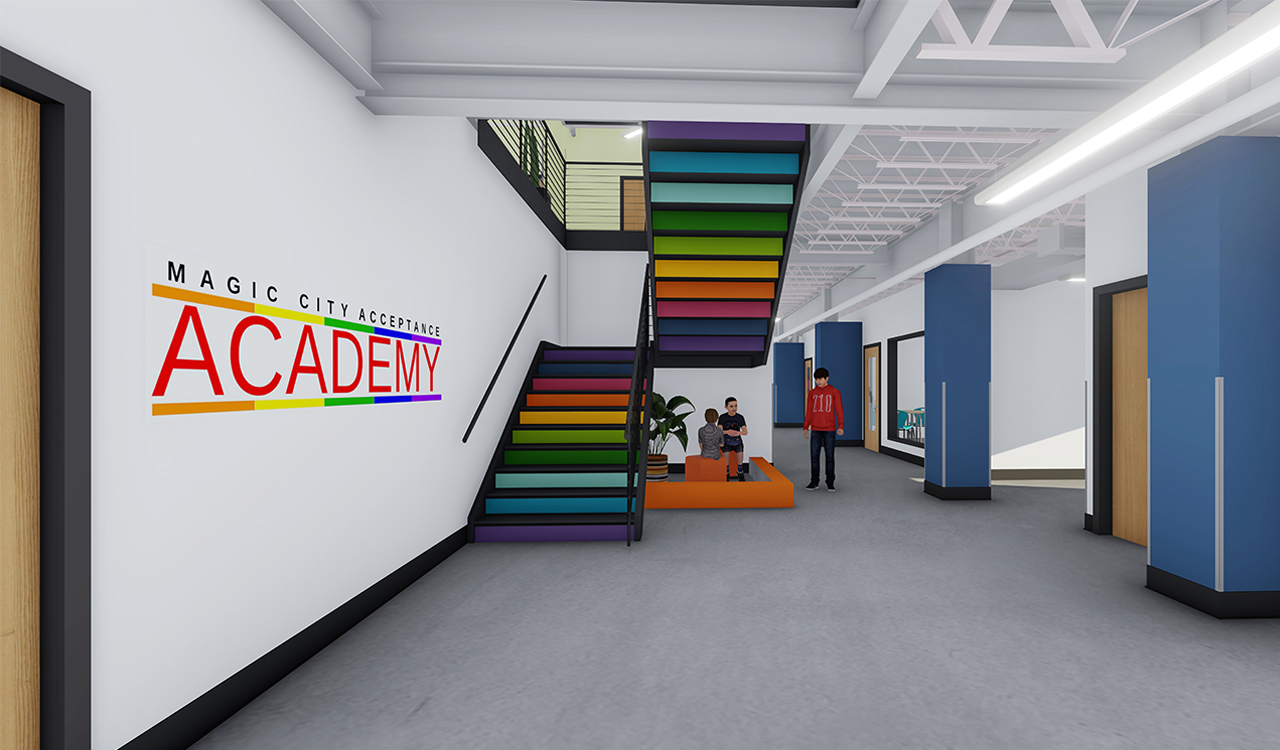 A new, unique school is opening in Homewood this fall.

The MCAC is an LGBTQ youth center that opened in downtown Birmingham in 2014. It offers free programs such as art classes, counseling, HIV/STI testing, health and wellness workshops. Wilson said he began to notice that the youth who came to after-school programs were filled with anxiety because of bullying they encountered at school.

With MCAA, students will be able to attend a school with a vision statement about being an LGBTQ-safe and affirmative environment. Charity Jackson, the chief academic officer at MCAA, said she has been working to choose instructional strategies that align with that mission and vision.

One thing the school is committed to having, she said, is social-emotional learning processes. This will teach students about self-management, such as managing emotions and behaviors to achieve goals; self-awareness; responsible decision-making; relationship skills, such as working in teams and dealing with conflict; and social awareness, such as showing empathy for others.

“Children spend most of their time during the week at school, so we want to make sure we’re creating a space that is brave; where students are aware of themselves; they have self-management skills; and they’re making responsible decisions,” she said.

Teachers and staff in the building will also be informed about what trauma does to a person, she said. Jackson has spent eight years in the classroom, working in areas that are considered urban. No matter what a student’s background was, they had potentially experienced trauma, she said. This could be poverty, abuse in the home, bullying and more. With the COVID-19 pandemic, students are all dealing with those related traumatic experiences as well.

“When it comes to students who identify as LGBTQIA2S+, I think it’s super important we look at the statistics,” she said. “I think it’s over 90% of students in Alabama that identify have experienced bullying or derogatory terms being stated to them on a daily basis at school. It’s huge.”

She wants to ensure that students have a space that is brave, she said.

“People say safe spaces, and being safe is a part of it, but also knowing thyself, being empowered to actually use your voice, being affirmed in your identity, attributes to that bravery that it takes to be yourself,” she said.

The building will have a sensory room, and students will have opportunities to use that space without any distractions that could possibly elevate their traumatic response.

The school’s first week will be focused on building authentic relationships with students, Jackson said.

This mindset ties in with the learning model the school plans to use. It will have project-based learning, which is based on not using the traditional teaching models of a teacher in front of a classroom giving a lecture. Project-based learning allows students to engage with and explore a concept, and opens opportunities for creativity.

“It’s those higher-level thinking skills we’re hoping they develop so that they’re not only successful in a potential college or university but also in a career field,” she said. “We’re looking at servicing the whole student, from academic to the whole being that is in front of us.”

The curriculum will follow state standards, and students will fill out a needs assessment questionnaire about which additional elective classes they will be interested in attending.

Other important elements in the building will be individual restrooms to protect privacy; a shower in the building for those who don’t have access to water; a closet with donated clothing that students can take; a washer and dryer for students to wash clothes; places to sit and relax; an adaptable physical activity space and more.

The school will be at 75 Bagby Drive, which is a former office building, and Wilson said the entrance will open up to a large atrium during the renovation process.

When Wilson imagines the first day of school at MCAA, he said he imagines a group of students who walk in with a sense of belonging. They’ll know they’re attending a school that’s for them, he said.

“I want to take a big leap and it all of a sudden be August,” he said. “There’s a lot of work to do. … I want to be at the point where I’m surrounded by students. To think about this school, that’s such an inclusive space, in Alabama, it’s such a huge victory for us. It says a lot for our resilience. It’s about the resilience of people on a mission to do something right.”