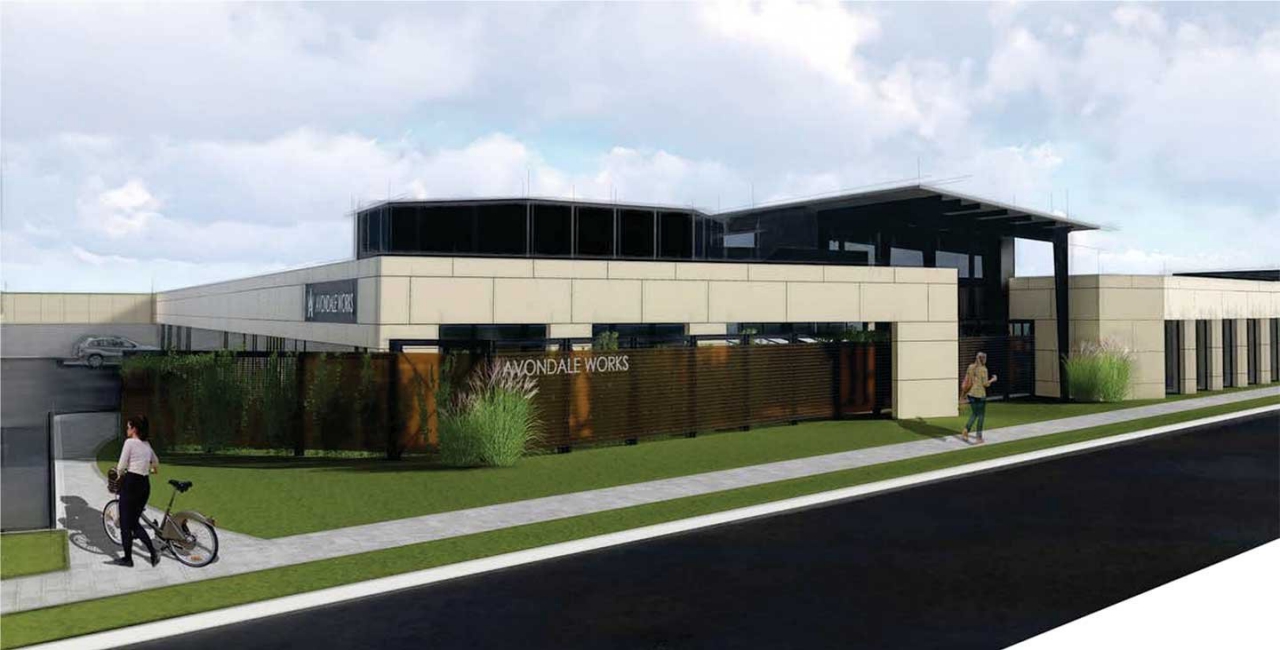 Avondale is booming, but the boom has occurred primarily along the neighborhood’s 41st Street commercial strip near Avondale Park.

Now, the industrial district of North Avondale will get a lift from a new $11 million office campus.

One of the creators of Avondale Works — at First Avenue North and 39th Street — said the 71,000-square-foot project will be different.

“[It’s] not like anything that’s been done in Birmingham before,” Adam Eason said. “I can’t think of anywhere in the Southeast this has been done.”

The developer is Cushman & Wakefield/EGS Commercial Real Estate, where Eason works in asset management and industrial brokerage. He’s partnering on Avondale Works with his father, Marc, who also developed the adjacent Avondale Commerce Park in the 1970s.

The goal behind Avondale Works is to create the atmosphere and the campus-like, collaborative feeling of a co-working environment, while also catering to more established companies that will still have their own privacy in their own suites, Eason said.

Eason said the campus — to be completed by the end of the first quarter of 2018 — will include enhanced common areas and the modern atmosphere that younger employees want and not a private office in a corner.

But established companies that want regular office space will be at home there, too, he said.

“It’s not going to be marble walls like a downtown office building, but it’s going to be very nice finishes that are very contemporary but provide a good-quality finish and feel,” Eason said.

Avondale Works is not primarily a co-working space, but it will have about 2,600 square feet dedicated for that purpose. Entrepreneurs can rent single desks or small private offices.

According to Eason, the development is something Birmingham badly needs: flexible space for young, fast-growing companies, like those graduating from the Innovation Depot, where startups have private office suites, but where there are a lot of common areas and a lot of collaboration within the development, he said.

These young firms “are having a hard time finding existing office spaces where they can continue that atmosphere for their employees,” Eason said.

The existing buildings to be converted into Avondale Works are an odd group of small structures — one is only 3,500 square feet, according to Eason. “We have the ability to connect them in a way that creates this really cool campus,” he said.

Richard Carnaggio is the architect and, Eason said, has created something special. WatsonBruhn is the builder.

Interior demolition has begun, according to Eason. Construction is expected to take 14 months, and it could begin in January.

Eason said he is excited about the location and believes it will show the great opportunity in North Avondale.

“First Avenue North provides such a great conduit to the heart of downtown,” he said, noting the site’s easy access and proximity to Sloss Furnaces. “We think it’s a great destination.”