How Tammy Cohen is putting her fingerprints on the Magic City 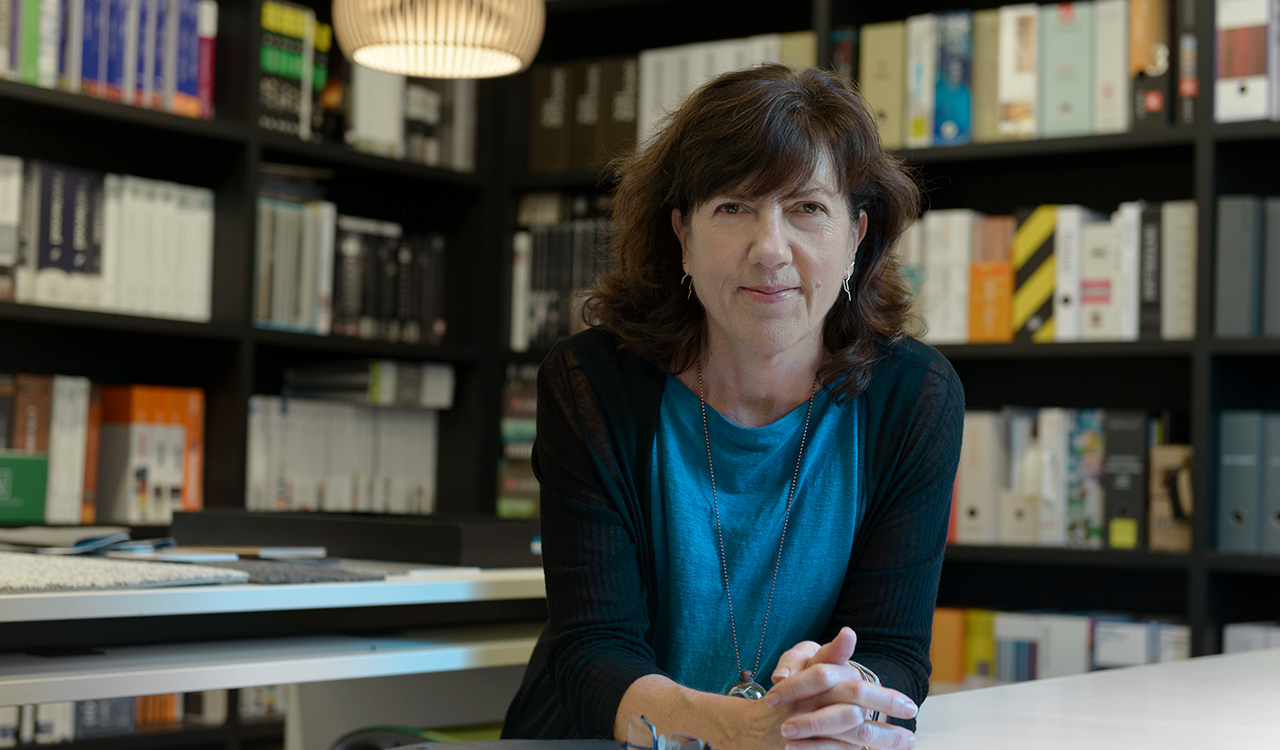 Maybe without knowing it, you’ve seen Tammy Cohen’s impact on the city of Birmingham.

But once you start to look, you’ll see her touch on several local buildings that help define the Magic City.

Cohen said she always wanted to be an architect, and around eighth or ninth grade began taking art classes and others like mechanical drafting where she was often the only girl in the room.

After a stint in Atlanta, Cohen moved to Birmingham and was part of early stages to revitalize the city – a movement that has grown massively in recent years.

The BBJ took a few minutes with Cohen at the firm’s office located on First Avenue South along the Red Rock Trail System to speak about her career, what is next for CCR Architecture & Interiors and what Birmingham needs in order to continue to revitalize.

What has been your work progression?

I'm originally from Montgomery. I went to Georgia Tech. I stayed in Atlanta for about 10 years. I have a master's in architecture. Moved here in 1989, and worked for a couple firms then started this firm in 1995. We are 23 years old. We're architects and interior designers. We started down on Second Avenue North before it was cool. We had a home building and an office building side-by-side. But the dream was to live on top of where we worked. So when we outgrew that building, we built here on First Avenue South to have room for the firm on the first floor, and we live upstairs.

What was in this area on First Avenue South before?

This was Seaboard Yards, a railroad yard. Southpace Properties bought it and we subdivided it. We designed the townhomes, we designed the office building that is now Alexander Shunnarah, and we designed this building for our office and home. It’s a warehouse, it’s tilt-up construction and fits the neighborhood. We were here way before the trail system started to shape up. We love it now. We can walk or ride our bikes and there are lots of people coming by. It will connect to Avondale and Pepper Place, and it’s all good.

What were some of the first things that you worked on when you started the firm?

Mostly historic-type renovations, especially when we were on Second. Converting old buildings to loft apartments, to law firms, restaurants. We did the Kress building, which was a five and dime store and is now Wiggins Childs. We did a lot of work in the towers for law firms, for Burr Forman and Baker Donelson. We did City Federal’s redesign as condominiums. Then it led to bigger work. SoHo in Homewood was a large project for us. It was around 2005, it involved mixed-use with parking, retail and city hall. That helped lead to 20 Midtown, another large mixed-use with, of course, Publix, and retail and parking and apartments. We have a third block to do on that one.

What are some other current projects you are working on?

We’re also doing Lakeview Green, which is apartments and condos and retail and also has a green space. The green space will have long water features with koi. There will be places for the restaurants to break out and have outdoor dining. And it is all public. So it’s for the people that live there but also to be shared by everyone. This area doesn’t have a ton of green space, so that will be great.

How quickly did the firm grow?

Actually, kind of slowly. We deliberately wanted to stay a small boutique sort of firm. We’re architects and interior designers, so we like to do the entire outside and inside. We were always around 12 or 14 employees, and now we’re around 20. I think that may be our max. It fits our building. We have a little room for growth, but we like to practice architecture and interior design and not just be managers, so we like the size of the firm.

Certainly the city. Most of our work is in Birmingham. We’re all about the community and the city center and making it richer in quality of life and connecting communities. We like being a part of rebuilding the city. When we started downtown, maybe we had a pawn shop next door and a furniture store across the street and then us. Now that Second Avenue strip is one of the best areas of the city. We want to help make the city and its spaces more vibrant; we feel a bit like pioneers. We were on Second Avenue North early on and now this First Avenue South area is really catching on.

What do you think will be the next thing to happen along this area of First Avenue South?

Housing. Apartments and condominiums. That will bring the retail and restaurants. Small businesses are starting to take over the smaller buildings which is cool to see. There’s a big design district, and that’s neat to have in a central location. Of course you have Sloss and the concerts and events that are held there, and the Sloss Docks project where there will be a brewery.

What is something you’d like to see more of in Birmingham?

Jobs, for sure. We need young people to return to Birmingham and be innovative thinkers and create new companies. But also I think a focus on more affordable housing. We need to find a way to reduce those costs. Smaller units is one way that we’re trying to get more diversity of people into some of these mixed-use projects. We’ve seen that studios and one-bedrooms tend to lease and sell more quickly.

What’s your favorite thing about being an architect?

My favorite thing is seeing a project through completion. Seeing it built, seeing how people interact with the building and how it will change a neighborhood. I love going back and seeing how people use the spaces and learning from that. That’s pretty gratifying.

Real Estate Editor Brent Godwin conducted this interview. You can reach him at bgodwin@bizjournals.com.