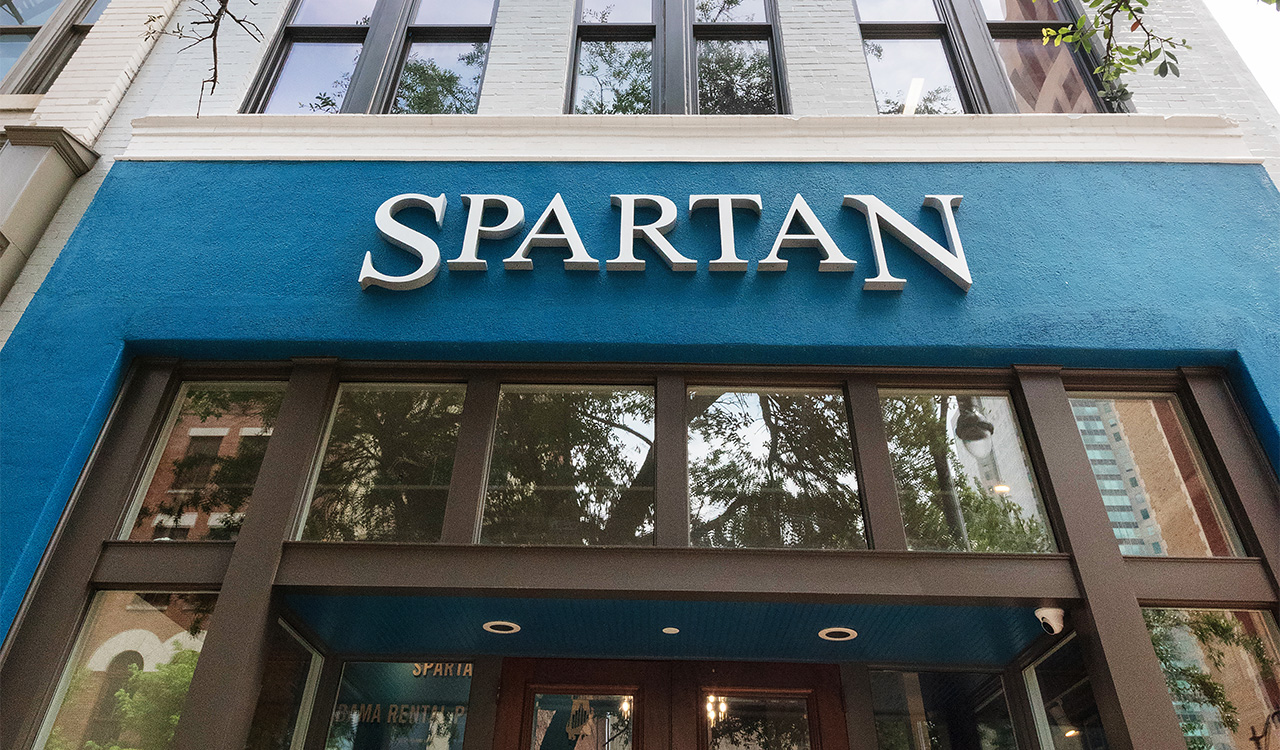 As we previously reported, the firm renovated the 9,801-square-foot building at 2015 Third Avenue N. to house all of the companies launched by Spartan’s founders, including Spartan Invest, Spartan Value Investors, Alabama Rental Property, Spartan Realty and Green Rock. The company held a ribbon cutting for the new space on March 28.

Spartan partnered with architect Lissy Frese of CCR Architecture & Interiors and contractor Kyle Tyree of Locke General Contractors to renovate the three-story property, which was originally built in 1889.

The company worked to preserve the building's character and original features.

“The intent of the design is to celebrate the building’s character and highlight its beauty,” Frese said. “The aesthetic remains true to its original warehouse feel – very utilitarian with exposed structures and no high-level decorative finishes.”

Spartan restored the structure’s original hardwood floors on the second and third floors, while pouring concrete on the first floor, keeping with the industrial feel of the space. The new office offers nearly 20 workspaces, a fitness room, a coffee bar and skylights.

“Walking through the building, you can feel its history,” said Mikel Belcher, the project’s construction manager. “As a way to maintain and even celebrate its historical integrity, we relocated the original freight elevator cab, pulley and counterweight system to be a design feature. It’s a really unique way to honor the building’s past.”

Michael Crane, vice president of commercial banking at Synovus, also worked with Spartan on the project.

He said the company had doubled in headcount over the past two years, maxing out the space at its current home on 23rd Street South on Birmingham’s Southside.

“We have always been dedicated to Birmingham’s revitalization, recognizing its promise and potential,” said Lindsay Davis, CEO of Spartan Invest. “Since we began renovating and selling turn-key real estate in the Birmingham market, the city has seen a significant, upward trajectory of overall real estate values. We are proud to be part of that trend, and we are eager to further contribute to Birmingham’s growth by restoring this historical building as our new office space.”