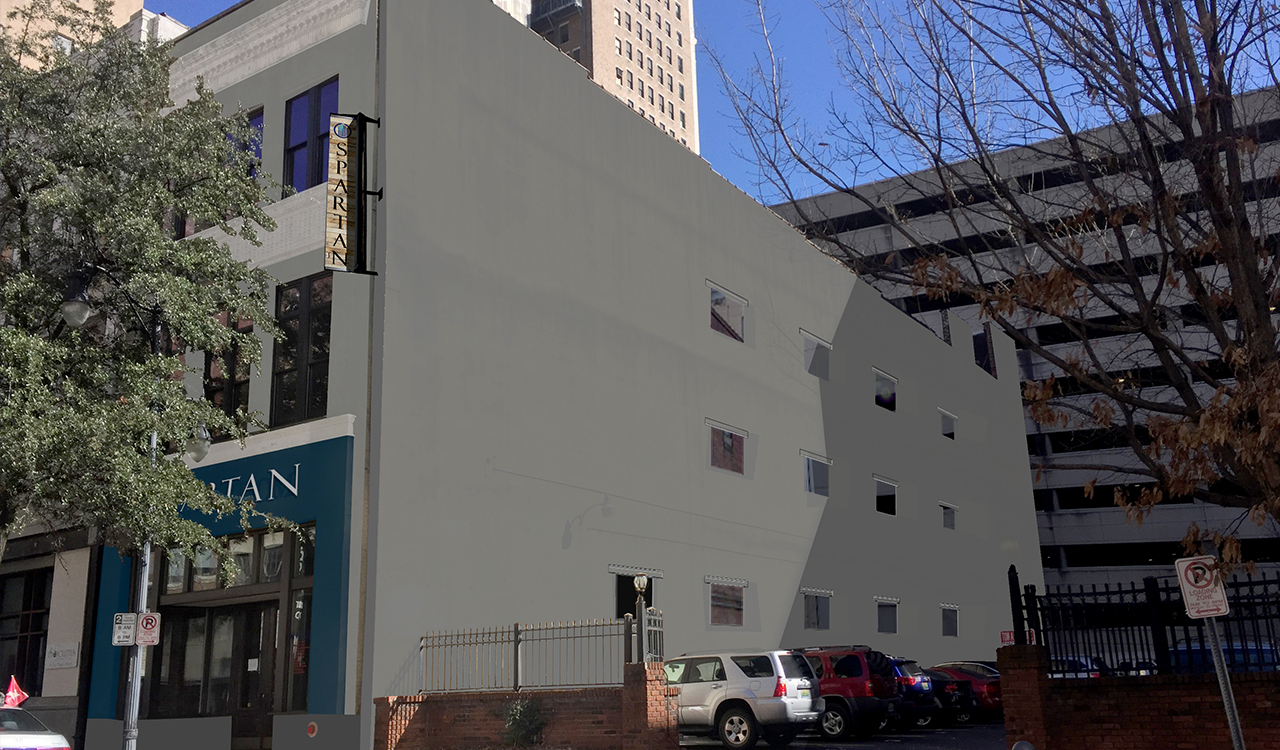 One of Birmingham’s fastest-growing companies is renovating a historic downtown building for its new headquarters.

The building will house all of the companies launched by Spartan’s founders, including Spartan Invest, Spartan Value Investors, Alabama Rental Property, Spartan Realty and Green Rock.

Clayton Mobley, founder of Spartan, said the company has doubled in headcount over the past two years, maxing out its space at its current home on 23rd Street South on Birmingham’s Southside.

He said the new office will give Spartan and its companies room to grow. Mobley said the companies, which have about 24 employees today, is expected to have 50 three years from now.

Spartan, which purchases, renovates and sells move-in ready properties, has been a fixture on the BBJ’s FastTrack 30 List of the area’s fastest-growing companies. It has also made the Inc. 5000 list four consecutive years, ranking No. 1098 on the 2017 list with a 384 percent growth rate and $22.7 million in revenue.

The company is hoping to complete the project by the end of the year.

Mobley said the opportunity to take part in the redevelopment of a historic Birmingham property was attractive.

“We wanted a historic project, for sure,” he said. “We love the history of Birmingham. It’s a great starting point when people fly in from California, New York or (elsewhere).”

The building was built in 1889 and initially housed a hardware store.

Company leaders said Spartan wants to preserve as much of the building’s character and original features as possible.

“We have always been dedicated to Birmingham’s revitalization, recognizing its promise and potential,” said Lindsay Davis, CEO of Spartan Invest. “Since we began renovating and selling turn-key real estate in the Birmingham market, the city has seen a significant, upward trajectory of overall real estate values. We are proud to be part of that trend, and we are eager to further contribute to Birmingham’s growth by restoring this historical building as our new office space.”

The company is working with architect Lissy Frese, of CCR Architecture & Interiors, on the redevelopment.

“The intent of the design is to celebrate the building’s character and highlight its beauty,” said Frese. “The aesthetic will remain true to its original warehouse feel – very utilitarian with exposed structures and no high-level decorative finishes.”

Spartan is one of several young Birmingham companies to recently find new spaces in the city center. Pack Health recently moved its headquarters back to a location near Innovation Depot, while Fleetio took a space near the Pizitz.

The trend is helping take a number of vacant spaces off the market – although many of the companies are choosing to redevelop space in historic buildings or former warehouse spaces.