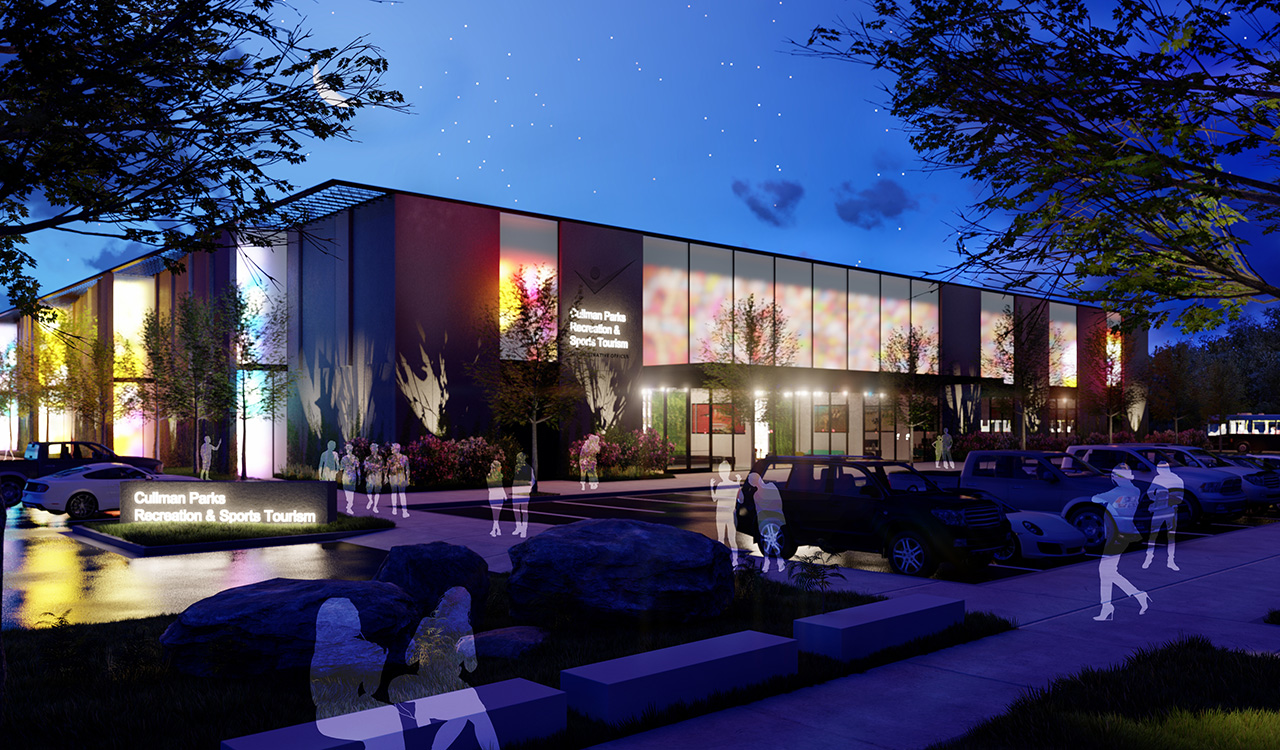 By Benjamin Bullard, The Cullman Times, Ala.

Back in early of 2019, the City of Cullman revealed plans to construct a new, multi-use sports and civic center complex in southwest Cullman, only months before announcing the $3.1 million sale of its old civic center closer to the center of town.

This week, the Cullman City Council took a big official step toward realizing that long-term vision. The council approved the hiring of both an architecture and a civil engineering firm to begin preliminary planning on the new facility.

The council agreed to contract with Birmingham-based Cohen, Carnaggio & Reynolds, Inc (CCR Architecture and Interiors) to develop construction documents for the project, as well as Cullman's St. John & Associates, LLC for civil engineering work. The complex will be located at the site of the former Marvin's hardware center across from Heritage Park on Main Avenue.

The council agenda made no mention of the complex's previously-announced sports-hosting function, referring instead to the new facility as the "Cullman Civic Center Complex." But mayor Woody Jacobs said Monday that the project's wish list still includes all the features and amenities that originally were attached to the project when it was first announced in 2019.

From the beginning, the new facility was projected to have 100,000 square feet of space, up from the old civic center's 30,000 square feet. City leaders said the project would feature six courts with seating and space for large regional and national tournaments, as well as local sporting events. Rooms inside the venue, they added also would be configurable to accommodate a variety of civic functions of different sizes.

In other business at its regular meeting Monday, the council:

Approved the abatement of non-educational taxes on an economic development project with the codename MBEQ. The council declined to comment on the specifics of the project — including whether it will represent a business tenant new to the Cullman area or one that's seeking to expand — but said the project comes with a $50 million capital investment and the promise of 125 new jobs.

Heard a Parks & Recreation update from director Zac Wood, who said major outdoor events like the Strawberry Festival and 2nd Fridays — all of which were canceled last summer due to the COVID-19 pandemic — would be returning to Cullman for the spring and summer. The Strawberry Festival is scheduled for May 1.

Repealed Ordinance No. 1158, which contains language relating to police jurisdictional coverage that, prior to repeal, was inconsistent with the ongoing manner in which the Cullman Police Department responds to calls within its jurisdiction.

Approved the establishment of Cullman's reserve police force in what police Chief Kenny Culpepper described as a routine formality that does not change the manner in which the city currently utilizes the services of reserve police officers.

Approved the purchase of approximately 1 acre of property near the Cullman Wellness & Aquatics Center to be used for stormwater drainage.

Declared surplus a miscellaneous variety of inventory, equipment, and other assets no longer needed by the city.

Granted a request from Rita Dean to hold a Warehouse District Street Sale at the First Avenue NE block on March 19, from 10 a.m. until 5 p.m.

Approved a resolution to accept Brownstone Way SW, a road within an existing subdivision, into the city street department's maintenance system.

Approved a resolution to contract with Emergency Reporting for Rover Responder Services for the Cullman Fire Department.

Approved the rescheduling of two upcoming city council regular meetings; one in June and the other in July, due to scheduling conflicts. Council president Jenny Folsom said the new meeting dates would be posted to the city's website within the next few days.

Approved the reappointment of three current members of the city tree commission to new terms, as well as one member of the city zoning board of adjustments.

Heard a reminder from council member Johnny Cook, the council liaison for sanitation and streets, that this year's Spring Cleanup will be held the week of March 29.

Heard a public comment from water customer Mitchell Beshears of Cullman concerning recent changes some customers have seen in the way water fees are itemized on their monthly billing statements. Various council members said they also had noticed the changes, as well as heard from other customers confused by the new method. City clerk Wesley Moore said the city is collaborating with Cullman Electric Cooperative, which includes the water bill on some water customers' electricity billing statements, to revise the way the fees are itemized to make understanding them less confusing.

Council member David Moss was out of town on business Monday, and was not present at the meeting.