A Legacy in Space 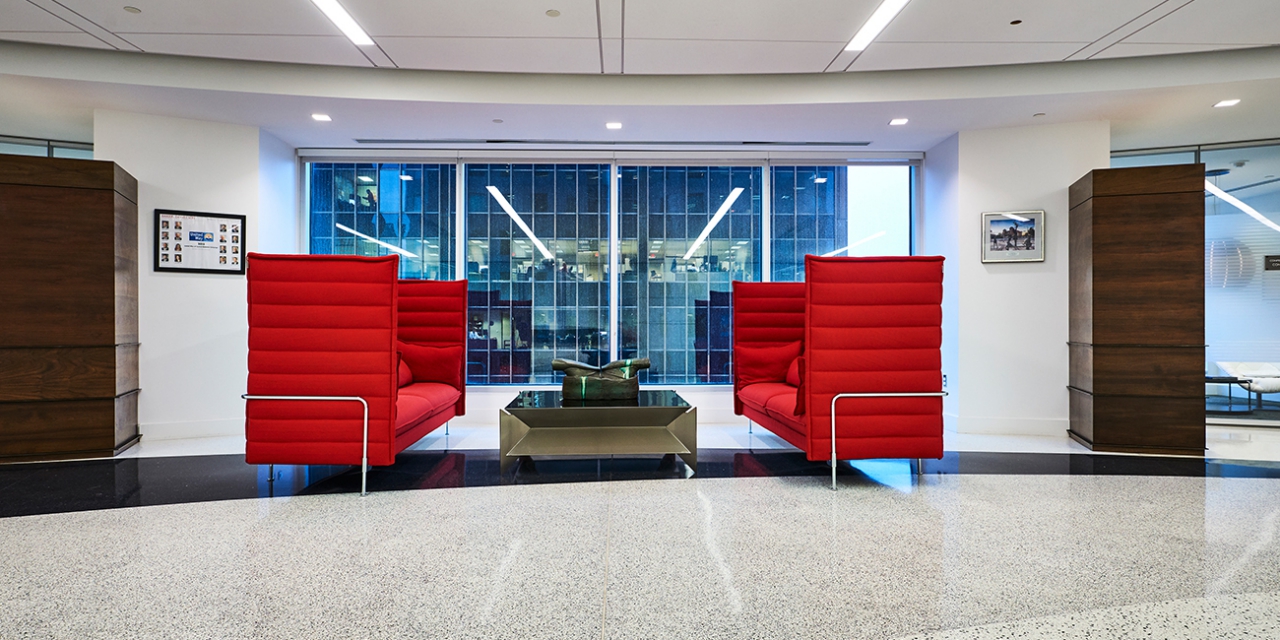 Baker Donelson’s unique role in shaping the history of the city of Birmingham is reflected in its public spaces.

Within the design elements of Baker Donelson’s Birmingham office is a winding strand of civic legacy. Down through the decades, the people of Baker Donelson have played an important role in the history of the city, most significantly by reshaping laws and government during the Civil Rights Movement.

This support for individual rights inspired the design. Layered on top is the industrial history of Birmingham itself.

The composition of the space is based on the extraordinary palette of Birmingham color, its stone, iron ore and richness of the landscape itself. Alabama marble is a main element of the design, along with concrete formed from local aggregates, raw lacquered steel, and natural stained woods.

The colors of white and red are focused on the office’s main reception and gathering hall, and symbolize the heart of the firm as well as a symbol of the red iron ore of Birmingham’s earth and the city’s industrial and societal struggles. White walls serve as unwritten blank pages.

The symbolism repeats in the floor, which is anchored by cornerstones of white Alabama marble that are separated by an exposed wall of red glass. Running throughout the floor are exposed concrete ceilings and columns, along with raw steel and exposed connectors. A large steel gear system stands near the reception area and moves a screen wall back and forth.

All of this harks back to the mechanized, industrial past of Birmingham.

Raw steel doors flank the elevator lobbies. Meeting rooms surround the heart of the floor and run along the building’s perimeter. The rooms are intentionally different from each other, and are designed to celebrate individuality. Each meeting room also bears the name of an Alabama river, always a symbol of journeys and creative power.  Inside the Alabama meeting room, which is the floor’s second-largest conference area, a deep red carpet is shaped like the state itself.

The swirling floor pattern in the gathering hall characterizes the fluid and evolving nature of the law. Composed from thousands of pieces of marble and concrete, the floor itself symbolizes the diverse beliefs, ideas, and relationships that form the collective whole of the law.

Andy Rotenstreich, a firm shareholder, finds the space very modern yet comfortable and functional at the same time, full of color and light. At the same time, the materials and design offer a sharp sense of where the city came from, he says.